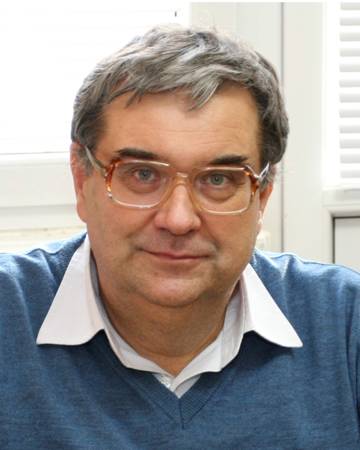 With deep sorrow we announce that Peter Kralchevsky, Secretary of ECIS, had suddenly passed away on December 6th, 2020. The European Colloid and Interface Society has lost one of its most eminent scientists, who had been also deeply involved in the development and consolidation of the colloid and interface community in Europe. Peter’s research contributions in the domains of capillary and surface forces, colloidal dispersions and surfactants (adsorption, micellization, micellar growth, solubilization and rheology), attachment of particles to interfaces, as well as interactions in colloidal and bio-colloidal dispersions, are published in more than 200 manuscripts and are already in textbooks. His latest Lyklema plenary lecture at the ECIS2020 on-line Conference in September 2020, named “Capillarity and Self-Assembly”, summarized in a perfect manner his most recent remarkable accomplishments to the development of the new knowledge in the field of colloid science. Peter was an active participant   one of the Holy Grails in nanoscience research: How to extend the DLVO approach to take into account steric interactions and subtle entropy effects in solvated layers in order to increase parameter-free predictive power of this theory as well as compatibility with thermodynamics.
Peter Kralchevsky moreover pioneered aspects on solid (nano)particles at fluid interfaces where the molecular, colloidal and mesoscale capillary forces combine. This work is well described in the first monographic book “Particles at Fluids Interfaces and Membranes: Attachment of Colloid Particles and Proteins to Interfaces and Formation of Two-Dimensional Arrays” (Elsevier, Amsterdam, 2001, co-author Kuniaki Nagayama) which was devoted to the behavior of colloidal particles at interfaces and in thin liquid films. These studies started an important new field in colloid science which comprises nowadays the design of new types of nanomaterials and important developments related to fine-tuning and stabilization of foams and emulsions without surfactants. These composite materials have a high application potential for the creation of novel materials for analytical and diagnostic approaches in medicine, and for other technological advancements.
Peter Kralchevsky was a key actor member of the European and also International colloid community, and devoted to the development of ECIS (Secretary since 2010) and the joining of Eastern and Western Europe to the ECIC society. As Chair of the European COST Action D43 Colloid and Interface Chemistry for Nanotechnology (2008–2011) and Vice-Chair of COST Action CM1101 Colloidal Aspects of Nanoscience for Innovative Processes and Materials (2012–2016) his actions catalyzed hundreds of scientific contacts between formerly Eastern and Western European science. In 2015, Peter was elected as a Member of the Council of the International Association of Colloid and Interface Scientists (IACIS, initiated by Hans Lyklema in 1957).
The death of Peter Kralchevsky is a significant loss to the European colloid and interface community. The legacy of his scientific contributions and his long-term service to the ECIS community will always be remembered.
Tags: +
Subscribe